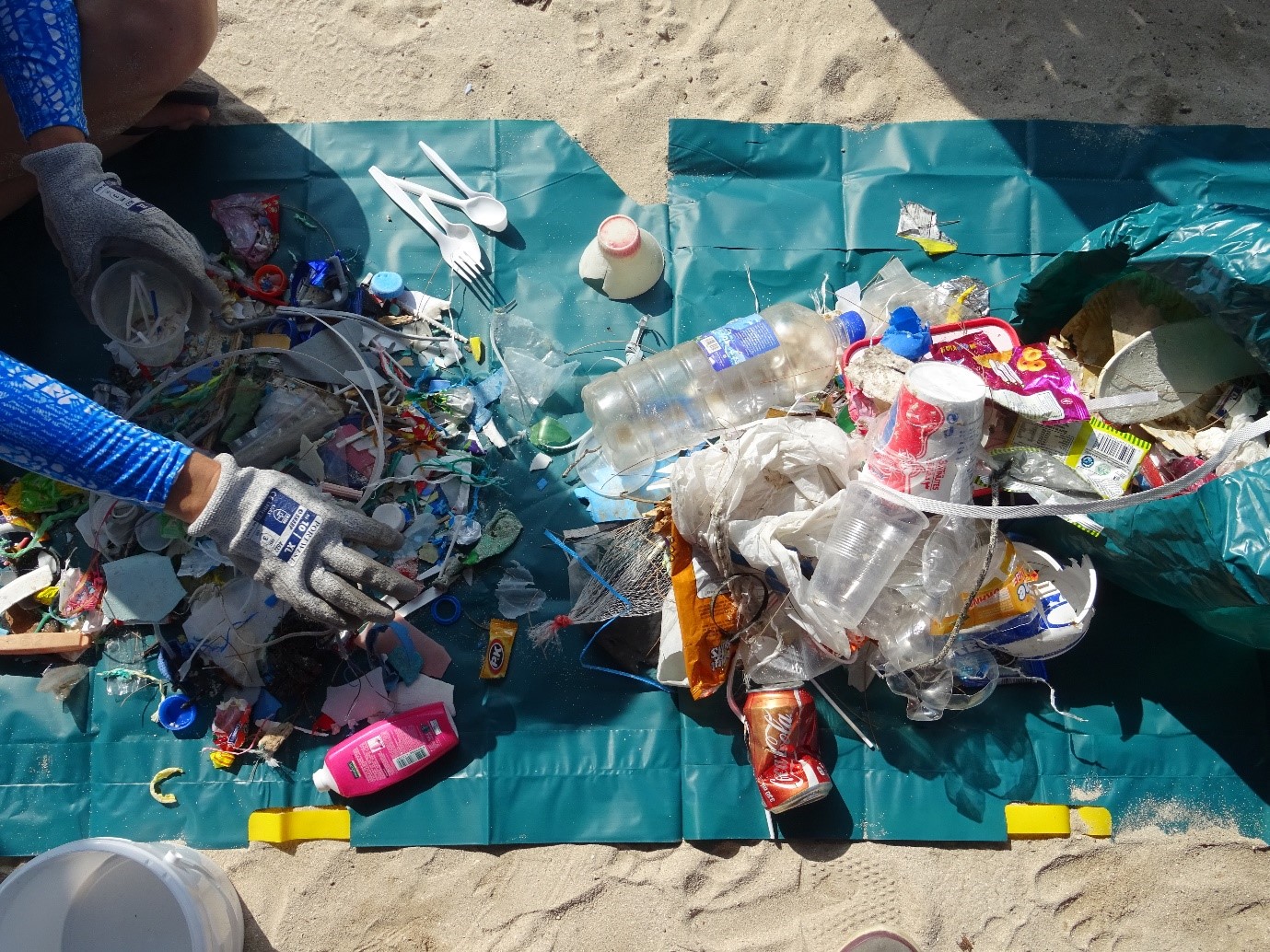 Marine Litter scientists from the UK government have been busy on Efate since November 2018, monitoring the environment to collect data on marine litter and working with various partners to tackle plastic pollution in the ocean. Results will be presented at the Commonwealth Litter Programme (CLiP) Vanuatu national policy workshop, taking place in Port Vila on the 22nd-23rd January.

Experts from the Centre for Environment, Fisheries and Aquaculture Science (Cefas), part of the UK government’s Department of the Environment, Food and Rural Affairs (Defra), are working alongside the government and other stakeholders in Vanuatu to identify country specific solutions to problems posed by marine litter. The workshop will provide a forum for discussions on how the scientific data collected during the CLiP programme can be useful in the development of new solutions for Vanuatu, building on the success of the plastic bag ban.

CLiP supports the UK’s commitment to the UK and Vanuatu led Commonwealth Clean Oceans Alliance (CCOA). It will contribute to the Commonwealth Blue Charter, which calls for Commonwealth countries to drive action and share expertise on issues aﬀecting the world’s oceans, including marine litter.

In recent years, the serious issue of marine litter and plastic pollution has been recognised by international governments and organisations, as well as local communities, as a growing threat to the marine environment and people’s livelihoods. Globally it is estimated that 6.4 million tonnes of litter enter the oceans each year and 8 million items of litter enter the oceans each day. Up to 90% of marine litter is made up of plastics.

The Cefas Commonwealth Litter Programme team have been working on Efate over the last few months, carrying out beach litter surveys across the island and monitoring the water and sediment in Port Vila harbour for plastics and microplastics. The team have been meeting different stakeholders from the community and businesses to discuss what the problems are and to collectively identify what can be done to reduce litter. Socio-economic surveys have been carried out to find out how people value the marine environment and their interest in protecting it. Work has also been taking place with various Government of Vanuatu ministries, including the Ministries for Foreign Affairs, Environment and Education, amongst others.

There are also opportunities for you to put your ideas forward by entering the Pacific Marine Litter Challenge competition, which is open to children and young people to create art and to share ideas to raise awareness of the issues and reduce the impacts of marine litter. This competition is still open until the 8th February. More information on the CLiP programme can be found on the Commonwealth Litter Facebook page (https://www.facebook.com/CommonwealthLitterProgramme/) .

The CLiP team will be in the region until the end of February 2019, with a final conference in February for wider South Pacific stakeholders, in Port Vila, to summarise research findings and share potential solutions for the region and also inform the roll out of the wider CLiP programme in other Commonwealth states.

Cefas scientists will continue to work with further partners across the Commonwealth, in the Caribbean, Asia and Africa, after the South Pacific, to share expertise and find solutions to the environmental and socio-economic problems caused by litter in the marine environment. Cross-Commonwealth networks will be developed to ensure that any further ideas can be shared back to the South Pacific for consideration.